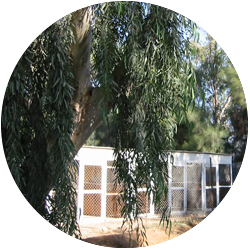 How it all started

In 2003 it became apparent that there was a desperate need for an animal rescue shelter in Doha, Qatar. Until this time there were only a small number of animal loving people trying to cope and help wherever and however they could.

In May 2003, a local boarding kennel opened for business and the first weekend they opened their doors they had two puppies abandoned at the gate. Initially taking in a few dogs and cats whenever space permitted and managing to provide them with care, food and shelter the privately run kennels understood the need for an independent shelter, plus even in those early stages, it was clear that there were people willing to take in and adopt the animals in their care.

From this moment on we saw the formation of Qatar Animal Welfare Society, QAWS. 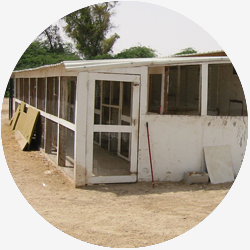 To a purpose built facility...

Only a year later in May 2004, it was clear that the need was greater than we ever imagined and we needed a purpose-built facility to cope with the demand for space. An appeal went out to local companies, driven entirely by a few willing volunteers who for one reason or another had become involved in the rescue work.

This appeal received a tremendous response and the materials started to appear to build the shelter. With lots of hard work and a strong desire to succeed we set about the building.

In June 2004 the first animals were moved into their new accommodation to settle in while awaiting new homes. It was a success and totally due to the dedication of a handful of volunteers. 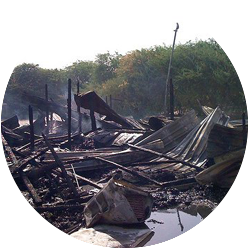 In September 2009 QAWS suffered a devastating fire which destroyed the shelter’s buildings.  Once more through the amazing community support, we were able to rebuild bigger and better facilities meaning we could carry on the much-needed rescue work helping more animals than ever. 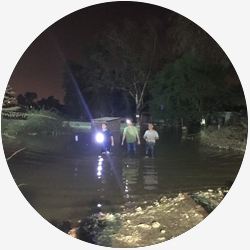 Once again, in November 2016 disaster struck. Unprecedented rainfall and outdated drainage caused the whole QAWS site to flood, rising 3 feet in a matter of hours. Our staff, volunteers and members of the public worked tirelessly through the night to get all the animals to safety.

For the third time we called on the community to help and they responded, in overwhelming numbers and ways. We had a temporary site up and running in 12 hours and then moved our current site 8 months later.

Many, many thanks to the wonderful team at Ayn Al Shaheen Films QATAR for spending the day with us and creating this amazing short intro clip on QAWS & what we do.As a volunteer run, non-profit organisation that is 100% funded by donations, we completely rely on our supporters to keep us open and enable us to keep helping animals in need.Please visit www.gofundme.com/QAWSfund to make a donation and please know that every single amount, however small it may seem, makes a huge difference in keeping QAWS open.Share, donate, volunteer or adopt - just keep supporting us so we can keep helping the animals that need us.

Check out this video from our amazing friends at Ayn Al Saheen Films who came out with us for the afternoon when we rescued Haiti and her 7 gorgeous puppies! Some of our volunteers will have already met this fantastic little family at the shelter but if you haven't, come out to QAWS to spend time with Haiti, Rachelle, Farah, Junior, Jackson, Samuel, Evans & Ricardo!!(Junior wasn't around when we went out with the camera crew so we popped back the next day to pick him up when he returned)

Talks, links and planning continue on a daily basis… Watch this space!